President Donald J. Trump, 45th President of the United States of America, will hold a rally in Youngstown, Ohio on Saturday, September 17, 2022, at 7:00PM EDT. 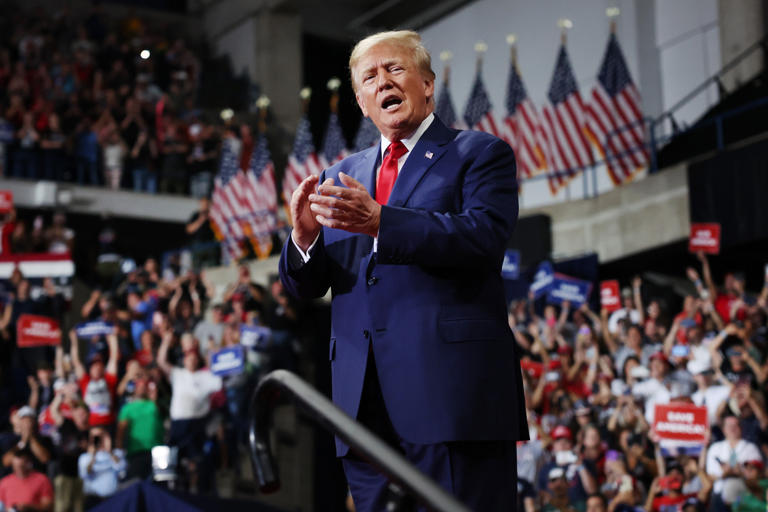 As the president delivers his remarks at the Covelli Centre, other speakers include Bill Johnson, Jim Jordan, J.R. Majewski, Max Miller, and Madison Gesiotto Gilbert.

The rally continues its "unprecedented effort to advance the MAGA agenda by energizing voters and highlighting America First candidates and causes." That's from Trump's "Save America" Super PAC statement.

President Trump's rally in Youngstown, Ohio, follows his recent legal win after a judge denied a request from the DOJ to access classified documents seized from his Mar-a-Lago home.

Aileen Cannon, a federal district judge denied a DOJ motion to access President Trump's classified documents that were removed from Mar-a-Lago in an illegal raid last month. Cannon blocked "the government from reviewing and using the seized materials for investigative purposes pending completion of the special master's review or further Court order."

Despite the Department of Justice stating that it needs access to the documents for their investigation, the judge said, "the Court does not find it appropriate to accept the Government's conclusions on these important and disputed issues without further review by a neutral third party in an expedited and orderly fashion."

The DOJ is requesting the appeals court let the FBI get access to about 100 documents that they say include sensitive information. They do not want these sent to Dearie who will review 11,000 other documents taken from President Trump's home.

President Trump has faced huge backlash, not because of the illegal raid but the growing number of Trump-endorsed candidates setting up what is expected to be a red wave in November. While the fake news wants to twist the story and say the President stole nuclear documents, this is gaslighting and further efforts by the far left to try to stop the President from running for office again. However, even if the far left with their hidden witchcraft agendas can indict the President, God already said "Their convictions will be overturned."

Trump declassified the documents before he left last January, and it's no surprise that the FBI search under AG Merrick Garland stated there was sensitive information related to nuclear weapons and "highly classified programs." These are obvious attempts to try to block the President but the nation, and world are watching.

It's unprecedented to raid a President's home. Similarly, it's unheard of that Mike Lindell's phone was confiscated in a restaurant. And yet, the left apparently can't close the border, or trace Covid to Wuhan labs, or stop the Fentanyl crisis, or charge Hillary with crimes for her personal emails.

Vance is leading Tim Ryan by 2.7 percentage points, based on RealClearPolitics data, while a recent survey showed he had a 4-point lead over Ryan (44% to 40%) in the Senate. The lead is a point higher than last August.

"Independent voters favor JD Vance by a two-point margin, 51 percent of which name the economy as their most important issue. Additionally, a stark gender divide exists on the Senate ballot, reflective of other Senate polling this cycle. Men break for Vance by 19 points, whereas women break for Ryan by eight points," said Spencer Kimball, Emerson College Polling.