The President will be speaking in Miami, FL at the “Get Out the Vote Rally” with special guest Senator Marco Rubio.

With the midterms scheduled for Tuesday, November 8th, President Trump's remarks come when our nation is split down the middle, and this is where God can help. While Democratic Christians divided from Republican Christians, we must continue to stand and pray that God exposes the witchcraft and demonic on the highest levels to bring the Body together.

We Pray God Pour's Out His Spirit on All Men

We praise God for President Trump and keep the Man of God in prayer. With a Florida endorsement record of 19-0, Bible Study teaches us that 19 means judgment as Israel was split in two after Solomon's death.

A total of 19 kings ruled over Israel as they were taken into captivity because of their sins against God. Hence, it's a confirming reminder that while God has separated the wheat from the chaff, His sudden judgment can now come against the wicked who refuse to repent. But that's not all.

There were 19 copies of the book of Isaiah found in the Dead Sea Scrolls in 1947. Books of the Bible with 19 verses include Deuteronomy 25 and 26, Habakkuk 3, Nahum 3, and Nehemiah 5 and 6. What's more, Naphtali, an Israelite tribe, had 19 cities as an inheritance gift from God with the Promised Land. The land would eventually become Israel. And, shockingly, Isaiah prophesied about the land.

In chapter 9 versus 1-2 he mentions a shining beacon. He stated that "the people which sat in darkness saw great light; and to them which sat in the region and shadow of death light is sprung up." (Matthew 4:16). The significance here is God recently spoke through Diana Larkin about His light coming and He refers to His Remnant/Children as God's Army of Light.

Other instances where 19 is used include tracking nineteen-year time cycles repeatedly. The Hebrew civil calendar adds an extra month (13 months total) in years 3, 6, 8, 11, 14, 17 and 19. These leap periods help the lunar and solar years to stay in sync. It also takes 19 days to observe all of God's holy Feast days which include Passover (1), Feast of Unleavened Bread (7), Pentecost (1), Feast of Trumpets (1), Day of Atonement (1), Feast of Tabernacles (7) and the Last Great Day (1).

While there are very significant usages for the number 19, maybe the greatest is from Psalm 19. David declared that the heavens and everything we see are living testaments to the glory, existence, and power of God. Hence, as a reminder, don't walk away from God or what He SAYS or DOES. These are powerful times, and our obedience is necessary. Despite the witchcraft curses and attacks coming from the left trying to dismantle MAGA, ONLY God's Word prevails. Calling President Trump and Trump supporters communists, cockroaches, and enemies of the state are teaching them to demean Christians. And this is how Hitler started his attacks against the Jews.

The coalition government first convinced people that they were communists before convincing President Paul von Hindenburg to issue a Reichstag Fire Decree. Their goal might include putting Americans in the dark and arresting Americans and President Trump without cause. However, God is working behind the scenes to help us, and God hears our prayers. The ONLY ones going to jail will be THEM in the coming days.

As J.D. Vance stated, "Democracy is under threat, according to Joe Biden and everybody else. When the American people are unhappy and vote the way that they want to make the country better, that's not democracy being under threat. That's actually the realization of democracy. When you screw up, you get a chance to govern, and you mess it up, the American people penalize you. That's a good thing according to our system. Not a bad thing." 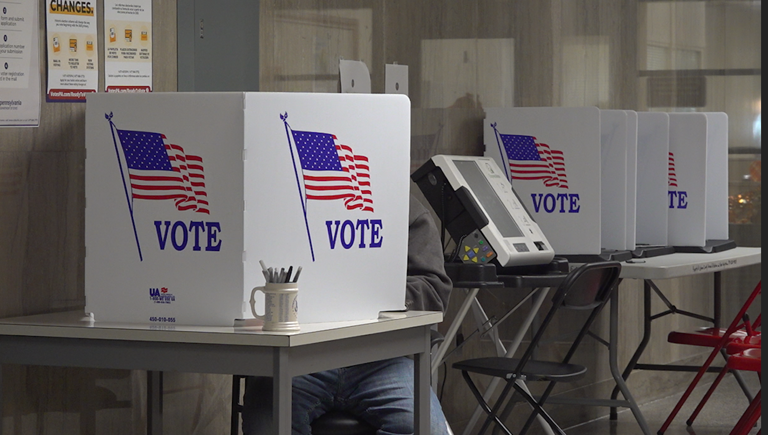 "And here's the game that they're trying to play. They know that their policies have been a failure. They have no agenda to run on. So, they're running on this distraction, which is really if you think about it, it's a criticism of the American people. How dare you vote for a better life for yourself and your children? I don't think it's going to work and nor should it."

And Vance is right. Consider how the fake news media gaslights Herschel Walker for past transgressions for which he's been forgiven by God. Then there's the gaslighting against Ron DeSantis for getting married back in 2009. If they're going to target Christians, someone needs to remind them that God's sudden judgment is coming for THEM, not God's people. That's the juxtaposition of serving God.

Once we repent in Jesus's name, God sees the sin no more and there is NO condemnation for those in Christ Jesus. Perhaps the radical left with their finger-pointing should read the Bible and try to grasp WHY God's wrath and sudden judgment are coming against THEM. Note to self: Don't walk away because God said, "Oh yes, THEY WILL repent when God moves." And to stand up for DeSantis, yes, we all used to like Disney BEFORE it became biased and decided to support sexual sin.

I can remember God speaking about J.D. Vance who is running for Senate in Ohio. The author of Hillbilly Elegy, God said "Give Vance a chance." A venture capitalist, author, and lawyer, Vance grew up in poverty but scraped and saved to have a better life. He's proof that you can achieve your destiny regardless of your history. And, that you can rely on God to help you achieve your goals. As Proverbs 16:9 states, "A man's heart deviseth his way, but the Lord directs his steps."

While the wicked with their hidden agendas and corrupt fake news think they can shut down our free press, internet, and police investigations, their plans have ALREADY failed. Regardless of how THEY try to target the MAGA movement or slander it (devil is the accuser of the brethren), keep singing to God, rebuking THEM, and reading your Bible more.

Here are a few ways things that can help as God spoke through Diana Larkin:

We praise God for the victory in our hearts, homes, communities, nation, and land! Praise God for President Trump and let God work behind the scenes. He is restoring US! All glory to God!