Regardless of what you hear about J.D. Vance, know that God is using this Mighty Man of God, so don't walk away... but DO keep rebuking THEM.

In the middle of updating our message on President Trump's rally, I heard God say today, "Say more about J.D. Vance." I thought "Uh, oh" as I'd heard that from the Lord before. Sure enough when I searched for news on J.D. Vance, there were disparaging comments against him.

It's worth noting that whenever someone stands up for God or supports President Trump, the fake news media, (false prophets) starts making them a target and are quick to lash out with false accusations against them faster than the last man standing in a heated game of dodge ball.

Consider how the fake news came against Herschel Walker and Dr. Oz. Look at how the radical left news media makes up horrible stories about President Trump who stands for Christian values. The lying MSM with their false doctrines and shared negative rhetoric is also timely when it comes to bringing up past transgressions for which God has already extended forgiveness. But strangely, THEY never see any illegal wrongdoing with Biden or his son Hunter.

Character assassination attempts from the left and the transgressions they point out from Trump-endorsed candidates are proof THEY have hidden agendas and want to block Christians and try to stop God. And yet, THEY cannot stop our God. Inject laughter here as He who sits in the Heavens laughs, and so do we.

U.S. Senate Republican Ohio candidate, J.D. Vance is receiving all kinds of criticism from the left and from Hollywood, of all places, which is accusing him of being out-of-touch. But THEY also accused David and Jesus, reminders that there is nothing new under the sun.

James Donald Vance was born in Middletown, Ohio on August 2, 1984. The American venture capitalist and author of the bestselling Hillbilly Elegy is unafraid of adversity, and not backing down from the likes of other government officials, Hollywood, or the fake news. God said through His message that Pastor Kent Christmas gave that the level of adversity some are experiencing is to help them show others that they, too, can overcome.

Years ago, in a One Nation interview Vance said "That's sort of the implication is that those of us who actually do buy books and read out here in the heartland are somehow not representative. I think that's ridiculous. I know a lot of people, a lot of friends and family who do like to read books, including mine. So, look, it's a classic example of Hollywood getting involved in politics."

Vance, like other strong Christian candidates who respect family values, is coming under severe fire. Sharp-witted and quick, he is not afraid to point out that Tim Ryan is bending the knee to Biden. He also recognizes that Ryan's "MAGA Republican" comments are contributing to the division in America.

"This is why the Oscars have all-time low ratings. This is why people have tuned out the politics of Hollywood. They're there for entertainment, and I think when they do it well, great, but at the end of the day, they should leave politics to the people who actually vote and try to run in elections in this country," Vance added.

What Vance is referring to is the number of Hollywood celebs that lend their voices to support causes that don't represent God's agenda. So many stars are knowingly and unknowingly choosing to follow the devil's wicked agendas.

THEY back pro-abortion rights like Lady Gaga, and then quickly run in the other direction when God sends His wrathful lightning down during a Miami concert. THEY make fun of President Trump like Alec Baldwin and then cry when God lets that fireball of slanderous attacks, they spewed forth, return back to them. But this is not meant to judge as we forgive THEM and pray that THEY repent.

As I was out one day talking to two men about the coming rapture, one acknowledged that what we're seeing is the apostasy, or the coming away and abandonment from religious beliefs. However, God is making it LOOK LIKE the wicked leaders currently occupying can transition the nation over to total darkness and by intentionally letting it fester, God can then extinguish the dragon and his flames.

Jewish Jesus host, Rabbi Schneider stated, God is LETTING the dragon come in the form of the antichrist so He can remove it. We can also confirm this word as God said through us that people should keep coming out from among Biden because many can't see the witchcraft there. God said He will let the dragon in Biden turn on itself. Because there are so many who still can't see the hidden and wicked agendas, God continues to have us ask "Are you sure?"

In God having people question where they stand with Him, it brings up a few challenging thoughts and why God says don't walk away. How can black churches, for example, stand with an administration seductively promoting black pride when God says no flesh can stand before Him. How can they allow movies that promote black hate and not challenge Hollywood.

Movies like the Aretha Franklin biopic include references like "Peaceful demonstrations never worked" while movies like Tyler Perry's Homecoming include lines like "Set this --- on fire" and "Defund the police." As these movies feature black pastors, the concern is that they cannot see Biden's wicked agenda to first make it look like he's promoting them by turning them against whites, and then selling them to the highest bidder once there's so much sexual sin and pride running rampant that God can't work.

As God asks, "Are you sure?" people can't see the record crime in inner cities meant to drive out homeowners and drive down home prices so countries like China can buy the land. And yet, God spoke through Pastor Kent Christmas on September 14 ---- about how God is stopping their wicked agendas.

How can churches, in general, stand on the same side as pro-abortionists and the LGBTQ communities. Since we are under free-will, God letting the devil play his hand can help Dems on the left clearly see that they are on the wrong side. This is not about left versus right but good/light versus evil/darkness. God said through that Kent Christmas message that He intentionally delayed to show their hidden agendas and witchcraft behind the masks. That way his people can come out from among them, from among him, and her, as these represent Jezebel, python, and leviathan spirits, and the mark of the beast.

Because God's sudden judgment is coming, God's plan (already in play) is a wonderful reminder that EVERY knee bows, so don't walk away. Our greatest days are ahead of us. THEY will also see that their attempts to try and rise up against President Trump, J.D. Vance, Doug Mastriano, and others serving God are futile as their "arms are too short to box with God," so to speak. Indeed, THEY don't see that their battle is with God, and they've ALREADY lost. 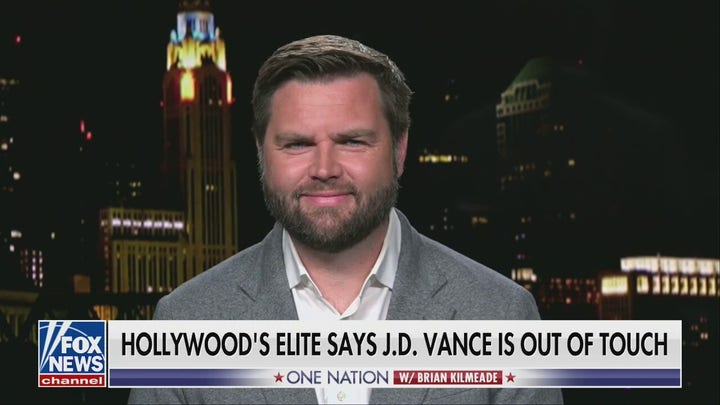